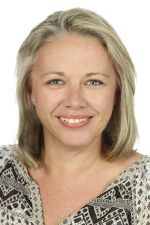 I have been very impressed by the high standard of service, I have received right from the first appointment. During both operations, all aftercare & follow up appointments, Dr. med. Philipp Bänninger & his team were always helpful, professional, competent & friendly.

This has been an amazing experience up until just a few weeks ago I had worn glasses since childhood. They were the first thing I picked up in the morning & the last thing I took off at night. I was unable to read the numbers on the alarm clock without my glasses on, I also often had to get out of the shower & grab my glasses to check if it was the shampoo or the conditioner in my hand. There was no way I could have sent or read a text message without them. Even with my glasses on, I still sometimes found it difficult to see, especially if I was tired or the light was bad. As for reading a book, unless I had an extra strong magnifying glass in my hand & a bright light, I would have had to give up after a few pages. This was actually the main reason I finally decided to go ahead with the operation.

I would not say I enjoyed the operation & I am glad I only have two eyes. However, I would go through it all again & I wish that I had not waited so long to go through with it in the first place.

During the first week or two after the operation, I sometimes had to just stop & shut my eyes, to give my brain time to catch up & register all the input it was receiving. I would go to bed at night exhausted from having spent all day seeing things. Everything was so much bigger, brighter & sharper. I now also realise, that I used to recognise people, not from their faces, but by their voice or the way they walked. It is just such an amazing feeling, to be able to open my eyes in the morning & see & to watch the hairdresser cut my hair is fabulous.

Although I have discovered, that cutting up citric fruit without glasses can be quite dangerous.